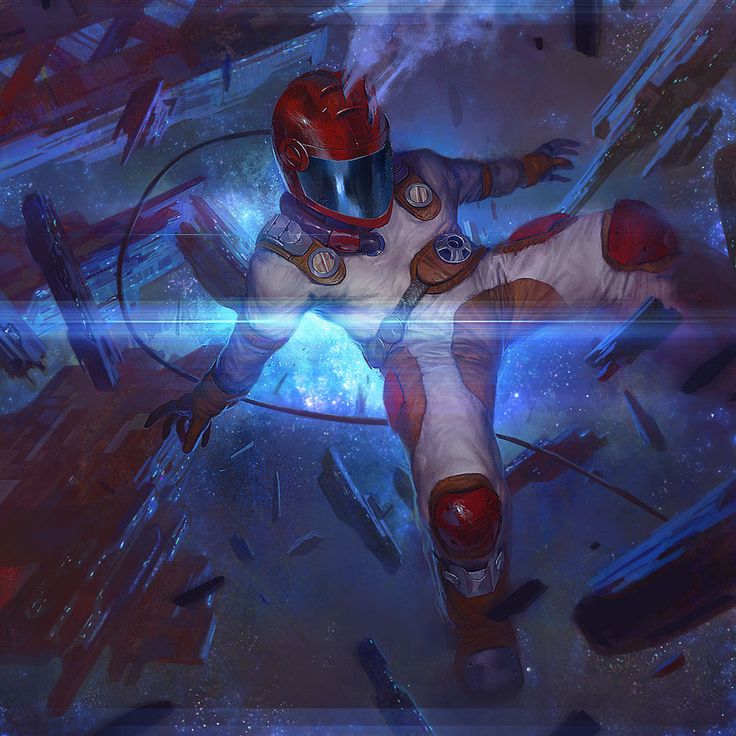 This short fiction comes to you thanks to a challenge over at Chuck Wendig’s website (terribleminds.com). The challenge was to write a short fiction of 1000 words in ten tiny chapters. So here’s my go at it:

The VR chair disengaged and slowly rose from a reclined position to a sitting one. The lights got brighter. As the neural interface finished disconnecting Roland could feel the usual itchy feeling behind his eyes. He could also still feel the spear that had gone through his gut in the game. It wasn’t pain – dying in VR didn’t hurt – but there was a slight feeling of pressure.

“Well,” Roland sighed. “So much for the fantasy genre. What’s next, ALIS?”

“The next genre in your queue is Cyberpunk Thriller, Roland.”

Two years was a long time to be alone. But even fully automated, AI enhanced supply depots in the ass end of nowhere needed a human to oversee them. A hand of flesh and blood to push the kill switch, call for help, or make repairs. Even AI minds couldn’t think like a human yet. Two years was the standard tour for an overseer like Roland. After that he’d get rotated back into the fleet. Somewhere with actual people to talk to.

Six months to go. Until then there was the VR chair, and there was ALIS.

“Roland, according to my logs you’ve exceeded the regulation’s recommended amount of VR time by one hundred and twelve percent.”

“So I’ve got twice the ‘recommended’ time in VR. Who cares? There’s nothing else to do on this rustbucket. The last ship to stop by was four months ago. Besides, you’ll pull me out if you need me.”

“Research indicates extended VR immersion can have long term psychological effects. I am authorized to shut down the chair if I determine you are suffering symptoms.”

“You turn off that chair, ALIS, and I swear I’ll hit your kill switch.”

“I’m only looking out for your wellbeing.”

“Sunova bitch,” Roland pushed out of the chair with a sigh. “And I was that close to…” he paused, thoughts frozen mid flight. “To…”

“Red Noon. Western genre. Roland, perhaps you should spend some time away from the VR chair. Memory loss can be an early sign of psychological damage. I am authorized-”

Staying away from the chair was harder than it had any right to be. The day’s maintenance was done, and by now he would normally be in a VR simulation. Instead he sat in the corridor outside the VR room, flexing his hands. He knew ALIS wasn’t kidding about shutting down the chair if she had to. His threats of shutting her down in return were meaningless in the face of her directives.

So he sat in the corridor feeling antsy, slowly banging his head against the wall.

“Gah!” Roland sat bolt upright, sweat slick on his skin, soaking through his jumpsuit. The lights were too bright, and the tingling behind his eyes bordered on pain. He swallowed hard, waiting for his ragged breathing to calm. “ALIS?”

“I’m not sure, Roland. I went into maintenance mode, and when I came out you were in the chair. I would have shut it down, but it appeared you may have fallen asleep during the simulation, and disengaging in such a situation carries potential health hazards.”

“Ok. Alright. ALIS, I think… I think you’d better shut down the chair. Just for a little while.”

“Are you feeling better, Roland? Your vital signs have calmed significantly over the last week.”

“Better, yeah. Bored as hell though. I wish real life was as interesting as those games. Nothing ever happens here. At least when I was on a warship somebody shot at us from time to time.”

“Would you like me to reactivate the VR chair?”

His guts twisted in a sickening mixture of anticipation and fear. “Yes. But… don’t. Not yet.” Not until he could think about the chair without getting that feeling.

Alarm klaxons woke him in the middle of the night. “ALIS! What’s going on?”

“Monitoring systems are registering failures in several systems. Stand by… analysis of sensor data indicates an unidentified object impacted with the station. Origin is unclear.”

“Something hit us? Sonuva bitch. Why didn’t we move?”

“The object only registered on sensors eight seconds before impact. There was not enough time to evade.”

“Prioritize repairs. What’s the worst of it?”

“Stand by… a main oxygen recycling conduit in section three appears to have ruptured. The cutoff valve will not respond to commands. We are venting atmosphere. Estimate forty two minutes before minimum operational levels. I will attempt to lengthen the time by isolating compartments.”

“Can I reach it from inside?”

“So much for being bored. Prep the airlock, ALIS.”

He could see the problem plain as day. The real issue was getting to it without cutting his suit open on the jagged metal that surrounded the hole.

A little adhesive, one metal patch later, and the station was no longer venting oxygen. Pleased with his work, Roland pulled his arm from the hole. The suit’s articulated metal elbow caught on the ragged edge, holding him in place. He pulled harder, but it refused to budge.

“Roland, the gas pressure is increasing.”

He pulled harder still, risking a ruptured suit in his sudden desperation.

A gasp. Bright lights. Itching pain behind his eyes. Skin wet with sweat. “ALIS?” Roland whispered, heart pounding. “Why am I in the VR chair?”