May 2, 2014 Short Fiction, Writing and Publishing No comments 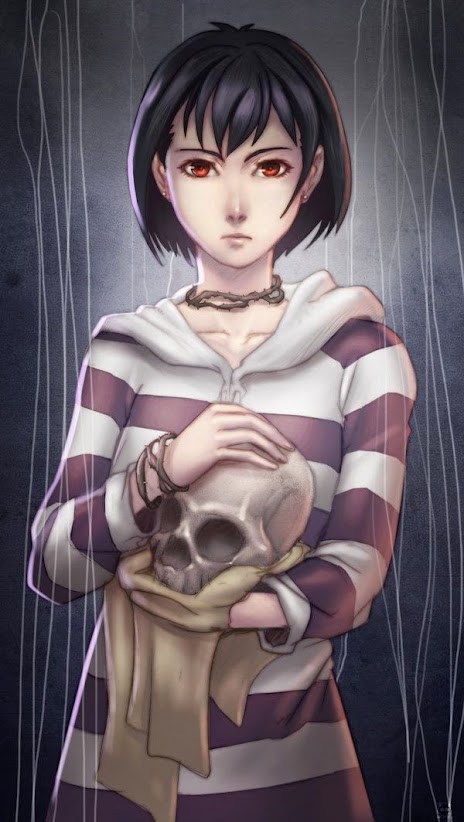 Det’ by Streycat on Deviantart

It was a dark night, but not an  unpleasant one. The cool temperature only warranted her favorite striped hoodie. Though there was no moon the sky was clear, and the stars provided some light to see by. Klair knew the way through the woods by heart these days, and as she clambered over fallen trees or pushed through underbrush she made sure to keep a firm hold on the bundle she carried.

It was truly precious cargo. After all she’d gone through to get it Klair wasn’t about to lose it in the dark of the woods. She was almost to her destination – a low hill covered in trees, brush, and tall weeds. If you didn’t know where to look you never would have found the small hole that served as an entrance.

When she was younger Klair would have been able to shimmy through it with no trouble at all. Now, year after year, she found she had to keep widening it. Little by little it was becoming a proper door, and harder to hide. Not that anybody came out here if they could help it, but you never knew when somebody might go wandering the deep woods.

The hill was a barrow, an ancient tomb of stone covered over in countless years of dirt. She crawled through the hole into the barrow, bundle pushed ahead of her. Once inside she dusted herself off. A soft glow lit the space, welcoming and inviting as it always was when she visited. Three stone sarcophagi filled the center of the space, and a small altar took up the far wall.

Klair carefully removed the linen wrapping of her package. It fell away to reveal the gleaming white of ancient bone, round and smooth.

“I found your skull,” she said. The words echoed through the crypt, careening from damp wall to damp wall before settling into the dirt floor.

“Ah,” the answer was a gurgling sigh, as if the breath that fed it was drawn through lungs thick with mucus. But there was no mucus. There were no lungs. There was no breath. Klair wondered if her mentor affected the sound because it was the way he sounded when last he could remember, or if there was some other reason.

She set the skull atop the center sarcophagus, next to a collection of other bones. So far she’d managed to recover a full left leg (toes and all), part of a right arm (with assorted fingers), and eight ribs. Because The Enemy couldn’t have just kept the torso all in one place. No, that would have been too easy.

There was a moment of profound silence, as if the very possibility of sound had been sucked from the air. Her ears popped, and all was back to normal.

“Good,” the voice gurgled. It came from everywhere at once, as if it had soaked into the very stones that made the walls. “It is correct. Thank you, Klair. You did well. The jaw?”

“Separated from the skull, of course,” she sighed. “And I’m probably going to have to track down each individual tooth. They did want to make it as hard as possible, didn’t they?”

“Indeed they did. Whatever else their sins, you cannot fault them for their diligence.”

“Not so diligent these days.” Klair ran a hand through her raven hair and rolled her amber eyes. “The clues they left themselves are so buried in dogma and allegory they don’t even know what I’m after when I steal a tome or relic. They know they’re protecting something, but the what and why?” She shook her head sadly. “It makes me wonder. If they knew, would they even agree with their ancestors? Or would they help me? Sometimes I’m tempted to try and explain it to them. You could do so much for the world, if only they weren’t so afraid. If only they knew you like I do.”

“As much as I applaud the sentiment, I must disagree. While they are oblivious we have the advantage. Explain to them their true purpose and they may blindly move to protect those parts of my body that remain unclaimed. More than making your task more difficult it could place you in further danger, and I will not have that.”

“Pfft.” Klair sat down with her back against a sarcophagus and looked up at the ceiling. “You worry too much.”

“What is that you’re wearing?”

Klair touched the ring of thorny vines that wrapped around her right wrist. A matching tangle encircled her neck, like some ancient necklace. She’d almost forgotten they were there. “Druidic charms,” she explained. “Would you believe there was a cursed forest between your noggin and the rest of the world?”

“The cursed forest is no surprise. My enemies would go to any length to keep my remains isolated. But Druids… I didn’t expect any would remain.”

“That’s a yes, no, sort of, tricky kinda question,” Klair replied. “They weren’t exactly alive. In fact, they were kind of the curse. But we worked it out.”

“A few scrapes and bruises, that’s all. Hey, I’ve got a line on your other leg. Well, part of it. The upper bit. Think I’ll head out in a couple days. This one might take a while.”

“There is no need to rush. I’ve waited this long already, and impatience was never in my nature.”

“Maybe not yours,” Klair muttered. “The sooner I put you back together, the sooner you can come back and make things right.”